Putting the F in fintech 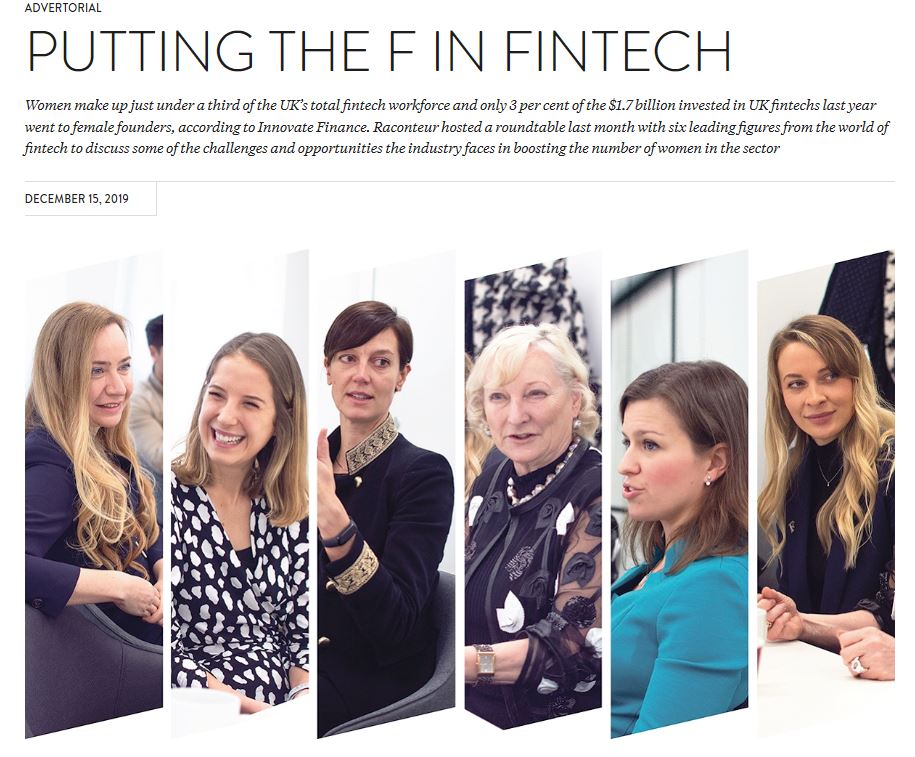 Brittany Atkins - Business development strategist at Hotwire, founder of The F in Fintech

Why are there so few women in fintech?

EN: I think there were around 10,000 students that studied A-level computing in 2019 and only around one thousand of them are female. So that just limits the pool. Sometimes we sit there trying to hire [women] but we just don’t get any applications.

JM: It’s hard because fintech bridges financial services and technology – and neither are diverse industries.

MF: And if there are no role models when a candidate comes through and they can’t talk to someone who is like them, then guess what? They’re going to feel like it’s a bunch of guys in hoodies and feel like that’s not a place for me.

How can fintech attract more female recruits given the lack of women studying STEM subjects?

CB: Fintech is about innovation and it’s about serving our population. There are a lot of people out there who don’t trust the banks, and who are looking for a more human face [to finance]. That’s the angle I think we should be going for. The whole range of emerging new technologies and innovation is very suited to young women.

EN: I would fully agree. I think impact and that social angle. I think for women that’s a very big attraction.

JM: Telling stories about the positive things that fintech is doing could be one option. For example, so many fintechs are coming out with products and services that encourage people to take better care of their financial health by saving more and providing tools and advice to better their finances. It’s these types of stories that can help attract more diversity candidates into the industry.

Can some skills, like coding, be taught on the job?

MF: I think training internally is super important. In my team, a lot of people code, but a lot of people don’t. The team now get together for training every week and they talk about JavaScript for one hour and that gives them the confidence to say “OK now I understand the basics”. So yes, coding and tech skills can be taught and should be taught. Also, the world is moving so fast that the skills taught today are probably not going to be valid in five or ten years.

EN: Absolutely. We often hire for the right attitude and the ability to learn and get the skill set, rather than just hiring someone who knows the field, but is not very motivated.

How important is sponsorship and mentoring?

BW: There’s a real value for me in sponsorship. There are points in one’s career where somebody more senior is going to have to put their reputation and potentially some element of their financial performance on the line for you. And the fact is that often needs to come from a man. Just based on the numbers.

CB: Role models to set the pace for others who are going to follow. For us women, who are leaders, do pull up the people behind you, do take time to mentor, and remember how hard it was to get to where you are and to help make that journey a little easier for others.

What can fintech organisations do to increase their gender diversity?

BA: Diversity has to be a value that has been baked into the business right from the beginning, and you’ve got to keep communicating that internally and externally all the time. If I was looking at a company that I might want to apply to and I have already seen that it’s a boys’ club because I’ve heard about the company through my network, or I’ve seen how they post on social media, then I’m not going to apply.

JM: Perhaps it’s about trying to change the mindset within organisations by encouraging people to think about things from other people’s perspectives. Really challenging ourselves to think, “What’s it like to be a woman in this industry? What is it like to be different to myself?” I think that’s really powerful and will spur action where previously people may have done nothing.

MF: When we write job descriptions, there can be biased words in that. So step number one is to screen your job descriptions with free tools like Textio to remove those words, because otherwise, guess what? Women don’t apply. I’ve also been to interviews where there were no women [interviewers] and I was like I can’t join this company. It doesn’t feel right.

Why do there seem to be so few female-led fintechs?

BW: Up until the Seventies, women in the UK couldn’t get a mortgage on their own. If you think about from then to now, in one sense it’s very positive how far things have come. But also, you are coming from so far behind when you think about the social and cultural view of women managing money. I think there is a deep cultural overhang. There is not much general confidence [in women’s] ability to deliver performance and to manage capital in that way. And that’s a real issue.

Only 3 per cent of the $1.7 billion of venture capital fintech investment in the UK goes to firms with a female founder. Why?

EN: A lot of VC fundraising is about networking and knowing the right investors. When I first moved into fintech, one of my senior team members told me, “Forget your evenings, you have to go out and network”. But not all of us have the time. Women have families, kids to look after. So it poses challenges.

BA: Something that gets in the way of my networking is that it’s often after-work events in a bar with a room full of guys. Am I necessarily going to feel safe there? Am I going to turn up and feel like I’m in like a date scenario? That is something we’ve got to try to change. I try to make morning networking events because I’m really conscious that [evening events] are not necessarily somewhere that a woman is going to feel not only welcome, but safe.

Women make up 30 per cent of the VC labour market, according to Innovate Finance. Is that the issue?

BA: The VCs have a similar problem to the fintechs in that they don’t have many female decision-makers. It’s the exact same problem. Female founders shouldn’t be trying to adapt who they are to get VCs to listen. VCs have got to change.

BW: But I wouldn’t want to put the VC firms down too much because there are female-led VCs now. There are also VCs with policies that require certain levels of female involvement or diversity in the projects they invest in.

BW: Pitching – I know from a personal perspective – it’s very battle like. I’m not saying get rid of that entirely, but encouraging a variety [of different ways of pitching] because it plays into different types of mindsets and different types of personality.

JM: I think it’s about investors rethinking how they engage with fintechs and trying to change the narrative and approach to investment. You could have a VC do a ‘day in the life’ with a female founder, where founders take a VC round with them and just say, “This is what we’re trying to achieve. This is what I do every day. This is my team. And here’s why you should invest.” 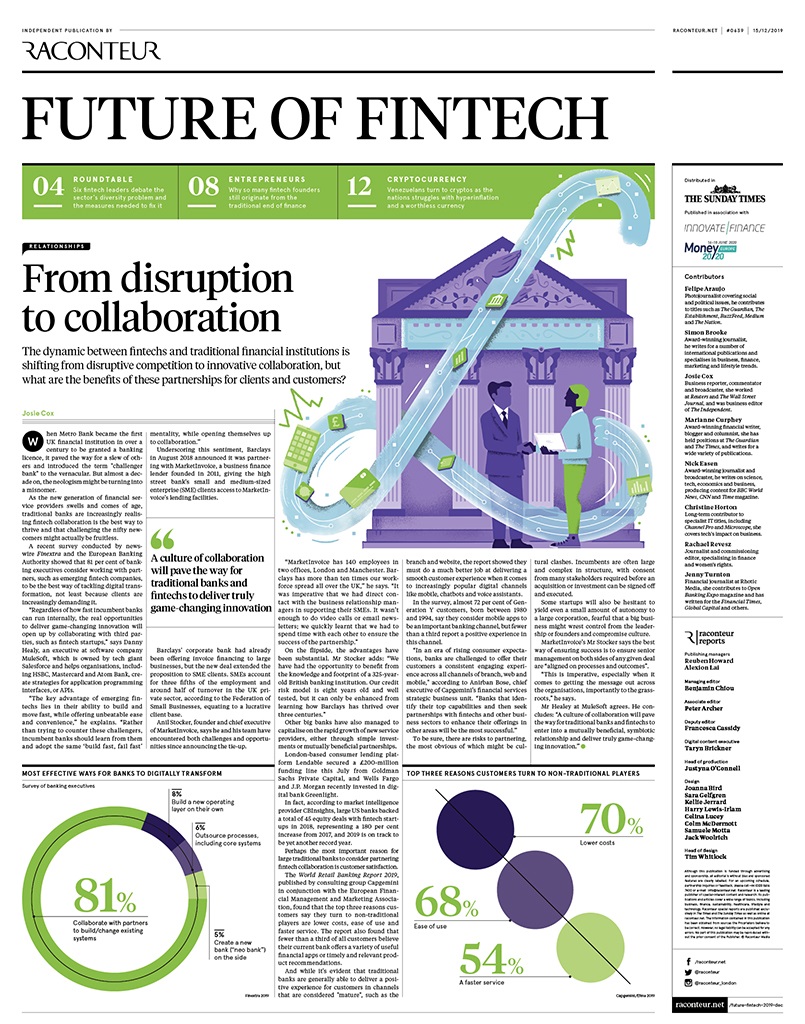